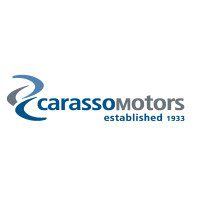 Carasso Motors Ltd. is Israel’s oldest vehicle importer and one of the country’s largest. The Group imports and distributes vehicles, provides support services in the vehicle sector and leasing services, and has played a seminal role in developing Israel’s vehicle industry. Since 1948, the company has imported and distributed Renault vehicles from France making it the world’s oldest importer of Renault. Since 1992, the company has imported and distributed Nissan vehicles, luxury Infiniti cars since 2009 and Dacia vehicles since 2015. The Group offers a wide variety of vehicles, including family cars, executive cars, luxury lines, minivans, off-road vehicles and trucks, and since 2011 two wheel vehicles through Metro Motors, which imports and distributes Yamaha, San-Yang and Kawasaki to Israel and variety of operative vehicles. Since 2013, the company has imported the heavy mechanical equipment of Case, Atlas Kopko and Power Screen. Activities include importing, marketing and distribution, a trade-in network, financing solutions, insurance and an advanced services network. The company has about 1,500 employees in overall activities. The Group is one of Israel’s most solid due to its financial strength, low leverage,and conservatism alongside adapting operations to changing market conditions.