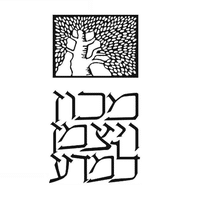 The Weizmann Institute of Science is one of the world’s leading multidisciplinary research institutions.

The Institute has five faculties – Mathematics and Computer Science, Physics, Chemistry, Biochemistry and Biology – and the faculties in turn are divided into 17 scientific departments. Over the years, work by Institute scientists has widely expanded our knowledge in these areas, created new research fields, and combined traditional scientific disciplines in multidisciplinary studies that steer research into new, exciting and often surprising paths.

Over the years, the Weizmann Institute has grown with the country, and it has been the site of numerous milestones in Israel’s science. Institute scientists were pioneers in the field of cancer research in Israel. Others planned and built the country’s first electronic computer, one of the first in the world; yet others founded the first nuclear physics department and erected a particle accelerator next door. They were the first to establish a company for transferring knowledge from academia to industry (YEDA Research and Development), and they initiated the founding of a science-based industrial park near the Institute.

Weizmann Artificial Intelligence Center (WAIC)
https://www.weizmann.ac.il/math/waic/home
Artificial Intelligence (AI) is in acceleration mode at Israel’s Weizmann Institute of Science, one of the world’s top-ranking centers of basic research. As this program moves into high gear, Weizmann is seeking top AI scientists and industry professionals who want to join in the journey, and chart the course forward. This flagship, $100 million initiative, will build on the Weizmann Institute’s existing leadership in computer vision, machine learning, neurobiology, data science, and robotics, by recruiting senior engineers with rich industry experience, as well as PhD-level research fellows.
Filipe Natalio Lab
http://www.weizmann.ac.il/kimmel-arch/Natalio/
Our laboratory research focuses on the exploitation of biolithic signatures from flint-based stone tools in prehistoric archaeology as proxies for determining flint tool’s provenience using single-cell approach and omics toolboxes. We are interested in the development and application of artificial intelligence (AI)-based algorithms capable of mining the "known unknowns" patterns hidden in large archaeological datasets. We also explore new and alternative biologically-based fabrication methods that combine molecular design with plant sciences towards material farming.