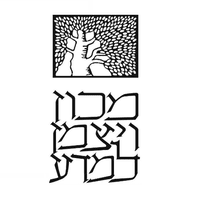 The Weizmann Institute of Science is one of the world’s leading multidisciplinary research institutions.The Institute has five faculties – Mathematics and Computer Science, Physics, Chemistry, Biochemistry and Biology – and the faculties in turn are divided into 17 scientific departments. Over the years, work by Institute scientists has widely expanded our knowledge in these areas, created new research fields, and combined traditional scientific disciplines in multidisciplinary studies that steer research into new, exciting and often surprising paths.In addition, the Feinberg Graduate School, the Institute’s university arm, trains research students pursuing graduate degrees.Over the years, the Weizmann Institute has grown with the country, and it has been the site of numerous milestones in Israel’s science. Institute scientists were pioneers in the field of cancer research in Israel. Others planned and built the country’s first electronic computer, one of the first in the world; yet others founded the first nuclear physics department and erected a particle accelerator next door. They were the first to establish a company for transferring knowledge from academia to industry (YEDA Research and Development), and they initiated the founding of a science-based industrial park near the Institute.