AutomotiveAutotalksHagai ZyssRoadside UnitsV2XYunex Traffic
The Connected Vehicle Roadside Units (RSUs) will support public transportation, passenger cars, and heavy and light vehicles on highways, roads, and bike lanes. The units allow vehicles and infrastructure to “talk” to each other, supporting the prioritization of buses and emergency vehicles as detection of pedestrians and other vulnerable road users. The announcement is related to a U.S. Government plan that allocates $6.4 billion over five years, to fund projects that reduce greenhouse gas emissions – a budget which will also help support V2X infrastructure projects. 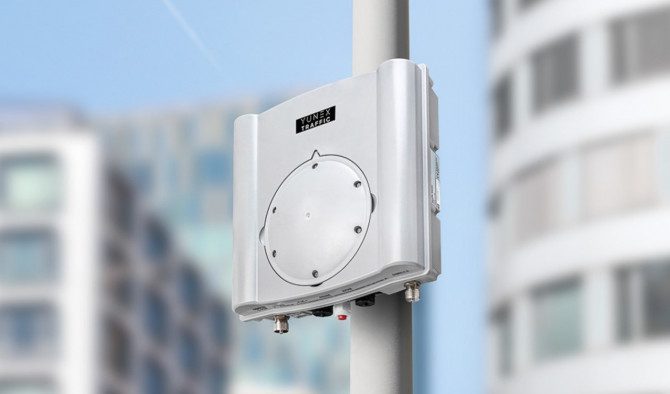 Autotalks, a world leader in V2X (Vehicle-to-Everything) communication solutions, announced that it is collaborating with Yunex Traffic to deploy V2X technology in the United States. As part of the collaboration, the two companies will install Yunex Traffic’s RSU2X, powerful connected vehicle Roadside Units (RSUs) equipped with Autotalks’ V2X chipsets in Florida and Colorado.

The RSUs will allow vehicles and infrastructure to communicate with each other to provide improved safety and efficiency across all forms of mobility including public transportation, cars, trucks, bicycles and even pedestrians. They come with significant built-in V2X capability and are currently set for multiple uses including bus and emergency vehicle prioritization as well as detection of pedestrians and other vulnerable road users.

The announcement comes after the U.S. Government stated it would allocate $6.4 billion over five years to fund projects to reduce greenhouse gas emissions, a budget which will also help support V2X infrastructure projects.

Yunex Traffic’s RSU2X roadside will be used across the Colorado Department of Transportation’s roadway network and in Florida by the city of Tampa, on Florida’s Turnpike, and on Interstate 4 (I-4). The RSU2X is also a crucial element of pilots and tests with the Florida Department of Transportation Traffic Engineering Research Laboratory and the Tampa Hillsborough Expressway Authority in its nationally recognized Connected Vehicle Pilot (THEA CV Pilot). While some tests and deployments are already underway, a majority of the installations will take place between fall 2022 and spring 2023.

The advanced and robust RSU2X units powered by Autotalks’ technology can be used to connect highways, roads, and bike lanes. They constitute a key enabler for C-ITS and Connected Roads applications, bringing more adaptive safety traffic management solutions to the market now and enabling safer autonomous driving in the future. The RSU2X units will be complemented by Yunex Traffic’s new deployment-ready OBU2X On-Board Unit (OBU) for the aftermarket, also based on Autotalks’ chipsets.

The Yunex Traffic RSU2X is the central interface for wireless communication between roadside infrastructure and Onboard Units. The bidirectional communication via the RSU enables both the transmission of information like speed limits, and the reception of Onboard messages like pedestrian warnings, all in real time. The RSU2X provides key data for a more precise picture of the current traffic situation, enabling more efficient traffic control, a significant reduction in traffic crashes, and an even greater cut in emissions.

“The deployment of our V2X solutions in Florida and Colorado through the partnership with Yunex Traffic marks another milestone in our business momentum and brings our infiltration into the U.S. market to the next level,” said Hagai Zyss, CEO of Autotalks. “The new collaboration comes at a time when the selection of C-V2X instead of DSRC as the preferred V2X technology in the U.S. is finalized. The V2X solutions we and Yunex Traffic are offering meet the regulations and provide certainty for deployment.”

Zyss added: “The U.S. dedicated a $6.4 billion budget to carbon emission reduction, and V2X infrastructure plays an important role in that. Decision makers should make sure that all new roads will be connected roads.”

Yunex Traffic is a separately managed company of Atlantia. It is a global leader in the field of intelligent traffic systems, offering the widest end-to-end portfolio of solutions for adaptive traffic control and management, highway and tunnel automation, as well as smart solutions for V2X and road user charging tolling. Yunex Traffic is truly global, employing 3,100 employees from 58 nations and is active in over 40 countries worldwide. Its intelligent mobility solutions are currently deployed in major cities across the world, including Dubai, London, Berlin, Bogota, and Miami. Yunex Traffic has successfully concentrated its efforts on mastering technologies in the three segments of hardware, software, and service, and is subsequently the only supplier capable of meeting all major regional standards (European Union, UK, Asia-Pacific and US). Further information is available at: www.yunextraffic.com 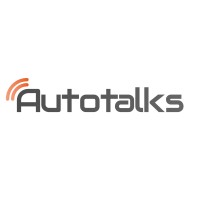