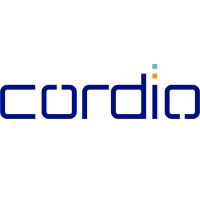 Cordio Medical, a market-leading medical speech processing platform, announced that its HearO® system was able to successfully predict 82% of the first heart failure cases among patients in a recent study, 18 days on average before the incident occurred. The study included 180 participants at 10 medical centers in Israel.

HearO® is a unique disruptive solution that converts a smartphone into a medical-grade device. The smartphone app is backed by sophisticated and proprietary algorithms allowing monitoring and early detection of fluid accumulation related to Congestive Heart Failure (CHF) deterioration. After a speech sample is collected from the patient’s mobile device, the HearO® cloud-based server analyzes the results. If CHF deterioration is discovered, a healthcare professional immediately notifies the patient with an alert.

According to Dr. Ronit Haviv, Senior Vice President of Clinical, QA, and Regulation at Cordio Medical, “The results of the study indicate our potential to become a standard in the field of early detection of heart failure. The solution is easy and convenient to use by any patient, even the oldest, and its level of accuracy has been proven as the same as a medical-grade solution. HearO®’s capabilities allow for remote monitoring, and the provision of real-time prescriptions for diuretics that will stabilize the fluids in the patient’s body.”

The 82% success rate is many orders of magnitude higher than predictions based on changes in the patient’s weight, which only succeed in predicting 10% – 20% of cases. The study’s misdiagnosis rate is 18%, (i.e., 2.5 false alerts per year, but a third of them were related to heart failure including other respiratory diseases such as pneumonia, flu, and more.).

“CHF is a global epidemic that affects between 2-4% of the population, including in Israel,” said Tamir Tal, CEO of Cordio Medical. “In the USA alone, there are one million hospitalizations annually among the 6 million heart failure patients who are diagnosed each year. The total annual cost of hospitalizations in the US reaches $40 billion, more than the hospitalization costs of all cancer patients. Most heart failure patients do not have a solution that helps them monitor the fluid balance in the body. The HearO® system we developed will enable remote treatment of these patients and will dramatically reduce the number of hospitalizations and costs. The HearO® system, which is cheap and easy to distribute, will improve patients’ quality of life, extend life expectancy and reduce direct mortality from this chronic disease.”

“Cordio’s HearO® system is expected to significantly help both heart failure patients and the health providers who manage their treatments,” said Dr. Tuvia Ben Gal, Director of the Heart Failure Unit in the Cardiology Department at Rabin Medical Center (Beilinson Hospital). “The deployment of the system will help reduce the significant workloads in clinics and allow doctors to focus on those patients who need treatment. The large number of patients we were able to recruit for the trial with Cordio allowed us to demonstrate HearO®’s great potential.”

Cordio Medical recently completed an $18 million fundraising round. The company began its journey in the Incentive incubator in Israel is currently located Or Yehuda, Israel, and the USA. Cordio was founded by Prof. Haim Lotan together with Peregrine Ventures, after Peregrine identified a need for an easy-to-use solution that would enable monitoring of heart failure patients – the most common chronic disease in the world. Peregrine has supported the company strategically, financially, and operationally since its establishment.